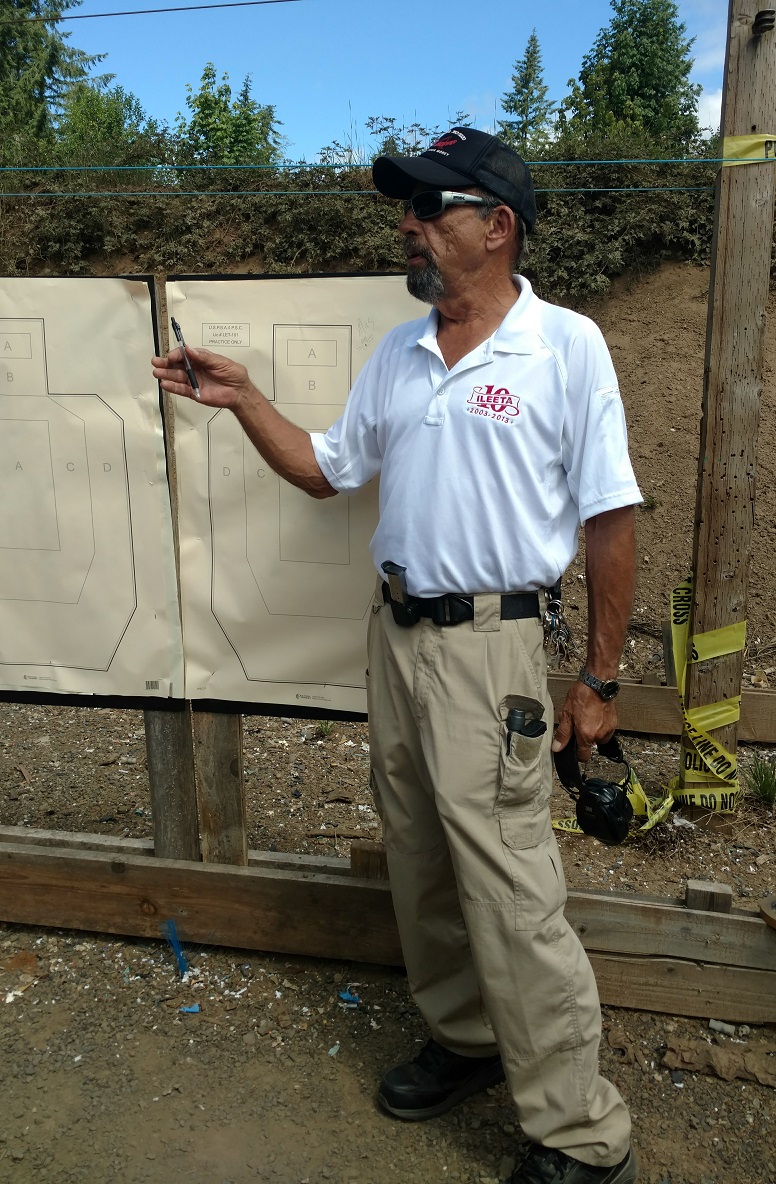 Taught in person by Massad Ayoob

An intensive study of defensive firearms that teaches extreme speed for hits, and includes shooting at greater distances, and management of such contingencies as weak hand draws, one-hand only reloads and malfunction clearing if wounded, etc. Students receive several hours of hands-on training in handgun disarming, and in countering attempts by an attacker to disarm them. Shooting while moving, and use of long guns for defense, are among the areas covered.

On the range, livefire instruction is based upon Ayoob's StressFire handgunning techniques. After interviewing hundreds of officers who had survived gunfights, Ayoob drew on their experiences, combined with his own extensive research to create a powerful combat handgun system, initially known as the StressFire shooting method. Ayoob's research showed that in life threatening situations, human beings experience profound physical and psychological pressures causing deterioration of fine motor skills, and altering perceptions of time and other sensory inputs. Combining proven shooting techniques with principles from various martial arts styles, StressFire is a system that not only works under the enormous stress of violent encounters but actually feeds off it.

Background check must be presented first morning of class.

About the instructor:
For nearly two decades, the Firearms Academy of Seattle, Inc. has hosted Massad Ayoob in the Pacific Northwest, making his exceptional training courses accessible to area residents.  Ayoob's qualifications to teach this material is unparalleled--

Please note that this is a private range.  There is no public access, other than for scheduled classes / events.  Contact us for driving directions.

We are no longer accepting registration for this event